Hinduism: A Contemporary Philosophical Investigation --- 10 CE Hours for Book Owners with Discussion Space
Everything you wanted to know about Hinduism but were afraid to ask: What is Hinduism, what do Hindus believe, what's the relationship between Hinduism and other South Asian religions? is Yoga Hindu? Is Yoga a religion?. "Hindu" is not an Indian word. It's Persian and was used by the British to name all indigenous South Asian religion. Before that, no South Asian thought of themselves as a Hindu. But what drove the British to assume that South Asians have a religion? The 𝘞est's basic model of thought, the linguistic model of thought. This confuses thought with the meaning of what one says, and then the thought of people who are not European is problematized as religion. Hence, just as the only people without color are Europeans and everyone else is a POC, the only people's philosophy that isn't religious are European, and everyone else's is religion. The problem with the scholarship in the 𝘞estern academy is that it buys all of the assumptions of the 𝘞est and tries to employ these concepts of imperialism (religion, spirituality) to understand BIPOC traditions and South Asia. And the result is just more 𝘞estern Imperialism. In this book I look to indigenous South Asian modes of explanation --- logic! --- for a different way to understand South Asia and to critically evaluate the imperialism of the 𝘞est . If you want to decolonize your understanding of Yoga and South Asian traditions of meditation, this course is for you! It's FREE to join, though nominally it's meant for people who have a copy of Hinduism: A Contemporary Philosophical Investigation, by Dr. Ranganathan (honor system, no one is checking). The course also has a discussion space moderated by Dr. Ranganathan where you can ask and have questions answered.
Enroll for free 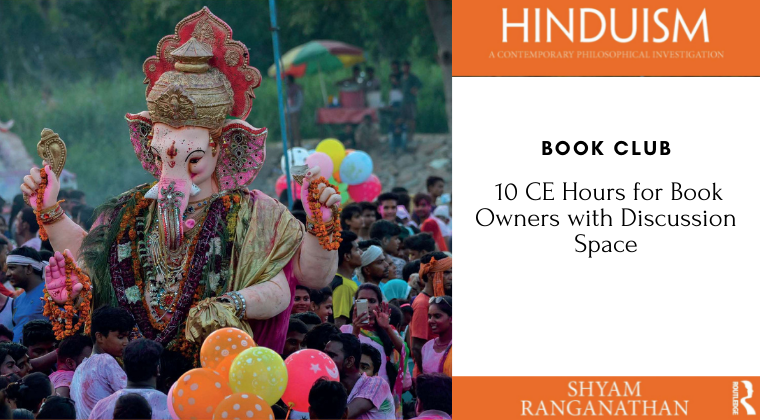