Yoga Moral Philosophy: destroying systemic discrimination (30 CE hours + 2 Bonus CE Hours)
Are you upset about the way the world is and you are not sure what to do about it? To help Yogi's claim their own strength and power as agents for positive change for everyone, this course is designed to be a one of a kind ethical theory review on a global scale. It begins with a broad review of standard Western ethical theory (Plato, Aristotle, Hume, Kant, Bentham, Mill), moves to influential East Asian ethical theory (Taoism and Confucius) and culminates in South Asian moral philosophy (Jainism, Early Buddhism, Later Buddhism, three main versions of Vedānta, and the related Pūrva Mīmāṃsā ). At the end, we will review Yoga from sources such as the Vedas, Upaniṣads, Yoga Sūtra, and the Bhagavad Gītā. This exploration will help students of yoga appreciate how many of the popular ideas associated with Yoga (scams) are actually derivable from famous Western options that are projected on to Yoga, and how Yoga constitutes a radical moral theory that, in practice, disrupts systemic discrimination and harm, and is a basis for prosperity. Indeed, students will learn that many of the world’s current problems and predilections in popular theories (problems for humans, nonhuman animals and the environment) and to explore how Yoga disrupts these mechanisms. Instruction consists in a combination of on-demand video lectures, and weekly live, virtual tutorials with Dr. Shyam Ranganathan, founder of Yoga Philosophy. This course is founded on a rich bibliography of peer reviewed work (edited and written by Dr. Ranganathan) on European, Chinese and Indian moral philosophy. It is suitable as the basis for yoga philosophy instruction and tutoring for teacher trainees. Join anytime. Dr. Shyam Ranganathan is a scholar of South Asia, translation expert, and professional philosopher. When he began his research, the common view in Indology was that there was no South Asian moral philosophy. After degrees in South Asian Studies and an MA in philosophy and PhD on translating moral philosophy, when he translated the Yoga Sūtra---and published extensively the findings of this research, that indeed moral philosophy is ubiquitous in the South Asian tradition and perhaps its most basic pursuit--- Shyam is uniquely place to teach a course on global moral theorizing with an emphasis on yoga. He is a member of the Department of Philosophy at York University in Toronto, and the York Center for Asian Research. He is translator and commentator of Patañjali's Yoga Sūtra (Penguin 2008), editor of The Bloomsbury Research Handbook of Indian Ethics, author of Hinduism: A Contemporary Philosophical Investigation (Routledge 2019), and over 50 peer-reviewed, yoga related articles. Shyam is an experienced teacher of students of various degrees of exposure to philosophy and yoga. Shyam is a CYA-E-RYTGOLD yoga teacher (over 1000 hours training). Yoga Philosophy is a registered yoga school (CYA-RYSGOLD) and a Yoga Alliance Continuing Education Provider (YACEP).
Subscribe $247.00 / 2 months Free Preview 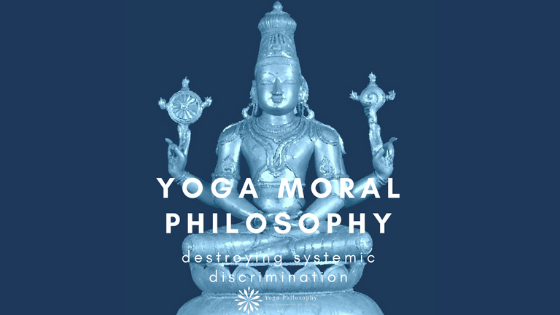