Yoga, the Guṇas, and Polyvagal Audio-Therapy with Dr. S. Porges' Safe and Sound Protocol, by Dr. Ranganathan
Purchase
Yoga is an ancient philosophical system from South Asia that distinguishes between two kinds of explanation: personal explanation, founded on choice and responsibility; and natural explanation, which is causal explanation from the outside. When we are well, we are in charge of our lives, and this means that we order the natural aspects of our life to express our personal freedom. When we are unwell, the natural predominates. Nature, or prakṛti, is accordingly divided into three characteristics or guṇas: sattva (the illuminating, calm and social), rajas (the active and agitated), and tamas (the inert). The practice of Yoga reclaims our life from being governed by the guṇas. In this case, choose what state to be in. Recently, the neuroscientist Dr. Stephen Porges (Professor of Psychiatry at the University of North Carolina at Chapel Hill) developed an account of the functioning of the autonomic nervous system that mirrors Yoga's guṇa theory, but also augments the received view of the autonomic nervous system. The traditional view is that that there are two modes to the nervous system. One is the sympathetic system (the rajasic, concerned with fight or flight) and the parasympathetic (the tamasic), which operates through the Vegas nerve. Polyvagal theory claims that there are two different modes or functions of the vagal nerve. One is the tamassic (the dorsal vagal), while the other corresponds to the sattvic (the ventral vagal, which promotes feelings of safety in a social world). According to Polyvagal theory, we need to cycle through these various states in response to various life needs. But when we are ill, this system can get stuck in the sympathetic (rajassic) or dorsal vagal mode of the parasympathetic system (the tamassic). Then people cannot function.
Dr. Porges's research revealed that the Vagal nerve, which connects our face to our body, can be directly stimulated by stimulating the middle ear. This can be done noninvasively by directing sound frequencies in the range of the human voice to the middle ear. On the basis of this discovery, Dr. Porges developed a 5 hour audio program, designed to progressively stimulate the Vagal nerve via the middle ear, which helps the Vagal nerve get unstuck from its states. This intervention supports other therapeutic modalities. The guiding principle of SSP is 'less is more.' By breaking down the 5 hours into smaller chunks (say 20 minutes a day) listeners can stimulate their Vagal nerve, explore this new space to feel safe in their body, and allow their nervous system to catchup to this change. 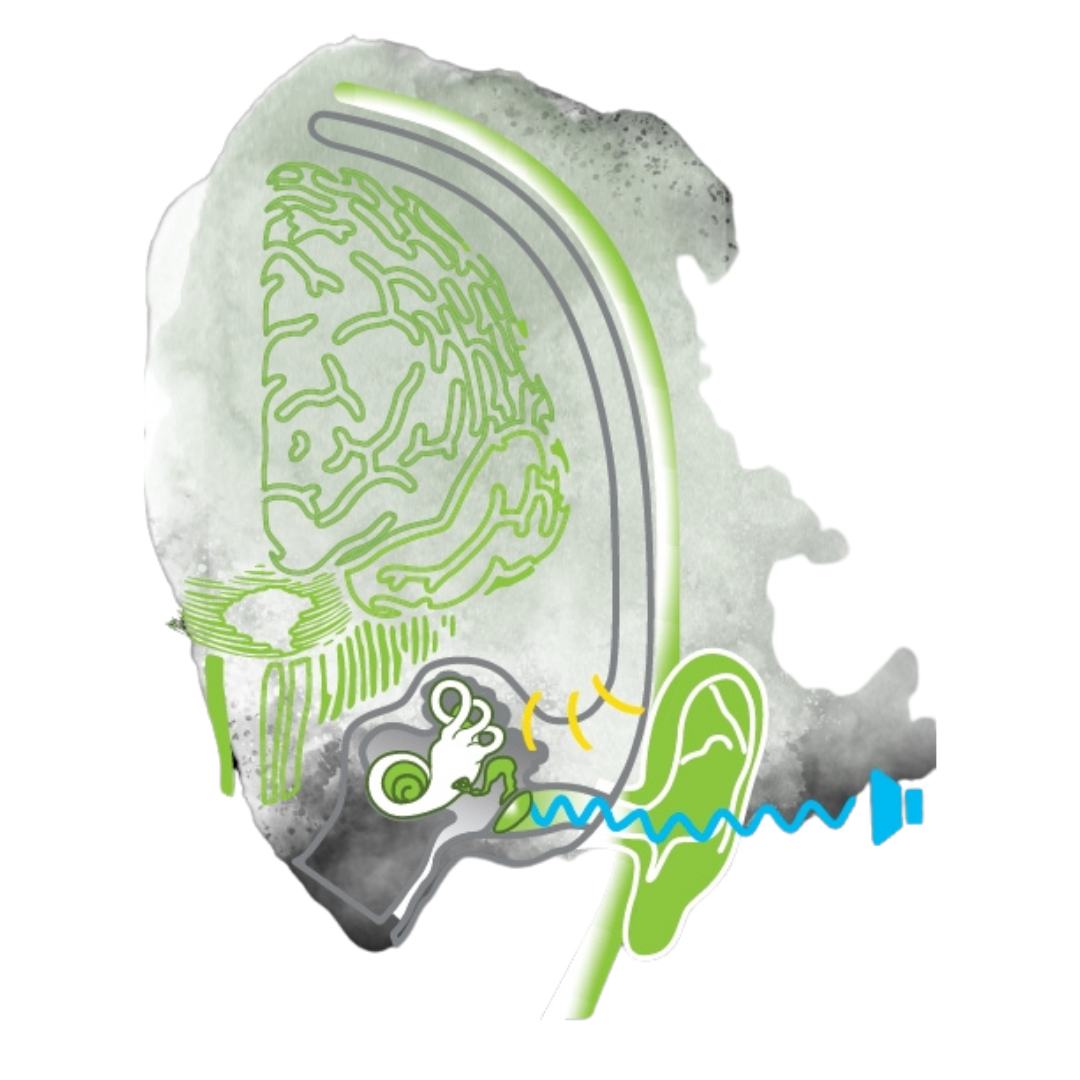 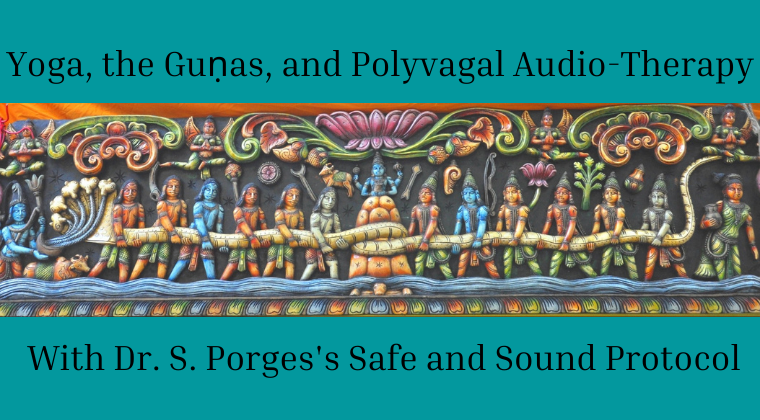 The Safe and Sound Protocol (SSP) is normally meant to be offered by health care providers, such as psychologists or medical doctors. Owing to Dr. Ranganathan's leading research on Yoga and Trauma, and owing to his extensive experience in teaching about these topics and guiding students through a yoga practice, Dr. Ranganathan was approved and credentialed to offer the SSP within the context of yoga education. Yoga, the Guṇas, and Polyvagal Audio-Therapy with Dr. S. Porges' Safe and Sound Protocol offers Yoga practitioners and anyone interested in the SSP a cost effective and expert delivery of the intervention within the context of a Yoga practice. Enrolled Students have access to a video lecture by Dr. Ranganathan on Yoga, Guṇas, Polyvagal Theory, and an explanation of the connection between modern Polyvagal Theory and the ancient Yogic analysis of illness and health. The course includes an appendix with extended information on the evolutionary workings of the autonomic nervous system as taught by Dr. Porges. Enrollees will have access to the SSP and will be guided in its use by Dr. Ranganathan. Links to scholarly papers on the topic and introductory material are also included. Students who join this course will not only deepen their practice, further their knowledge of the connection between ancient Yogic wisdom and contemporary Neuroscience, but will also practically benefit from integrating the SSP in their practice. The chief goal of this intervention is to help feel safe in one's body. When you feel safe in your body, you are then free to engage all aspects of life. 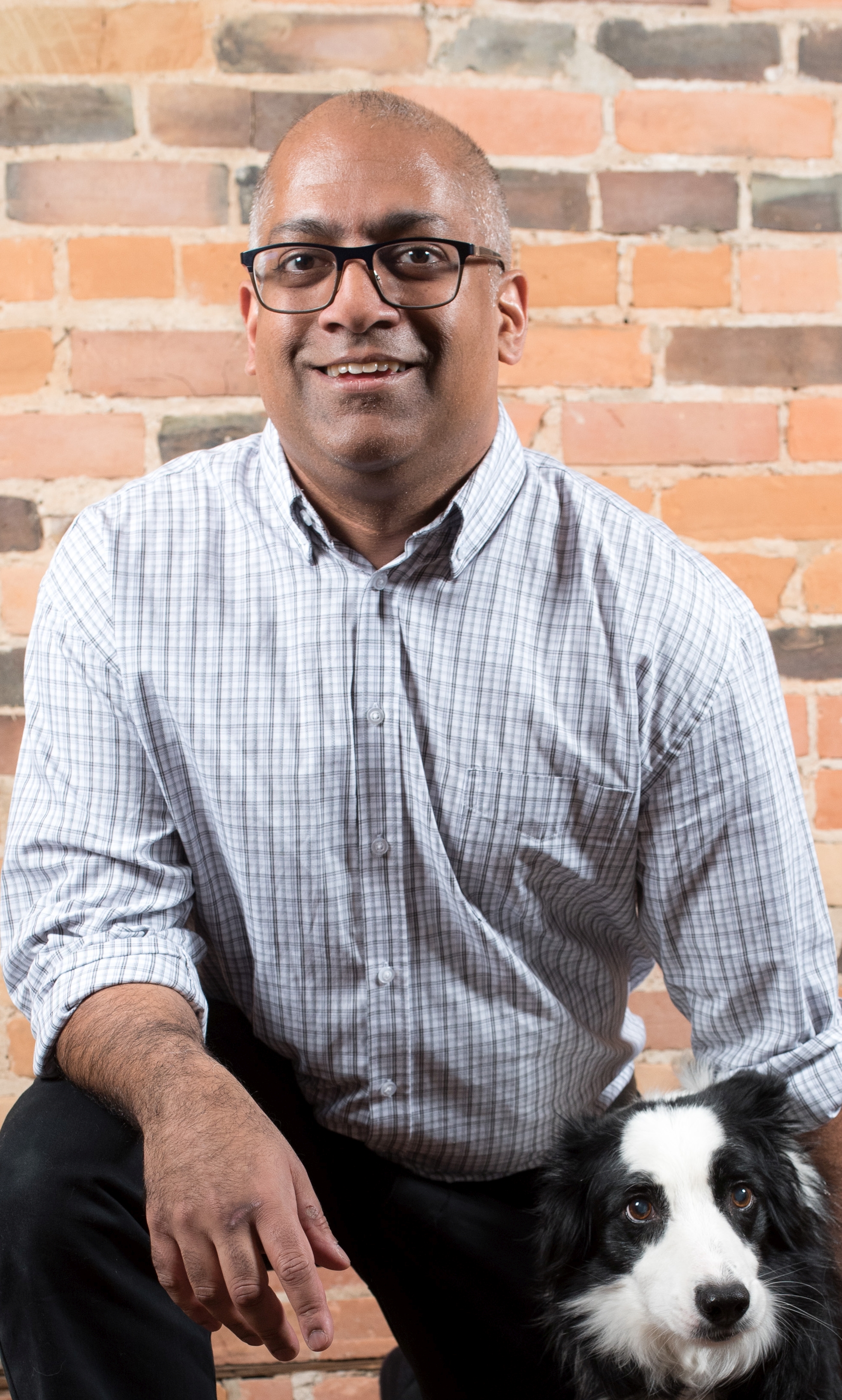